This page was produced as an assignment for Genetics 564, an undergraduate capstone course at The University of Wisconsin - Madison.

Alzheimer's is a neurodegenerative disease.  As a form of dementia, Alzheimer's is a progressive disease that results in loss of memory, language, recognition, and motor skills.  The two hallmarks of the disease that are found in the brain are Tau Tangles and Amyloid Beta Plaques.  For the formation of amyloid plaques, the widely accepted Amyloid Cascade Hypothesis shapes our current understanding of the disease.
Amyloid precursor protein (APP) is an integral protein that is central to the Amyloid Cascade Hypothesis and the gene that codes for that protein is associated with Alzheimer's.  In the cascade, APP begins as an integral membrane protein located in the synapses of the brain.  Under normal conditions, APP is cleaved and the integrated Amyloid Beta portion of the protein is expelled into the extracellular environment.  Normally Amyloid Beta is cleared by microglial cells, but in Alzheimer's Amyloid Beta accumulates in to large amyloid plaques that lead to brain atrophy.  The cause of the change from healthy cleavage and clearance to the disease state is still unknown but many cases of Alzheimer's are associated with the increased regulation of APP. 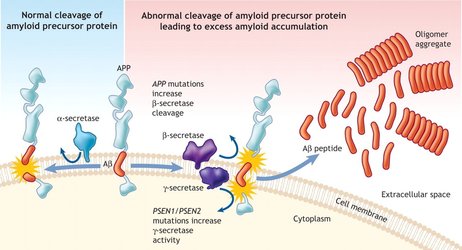 In Alzheimer's, increase transcription levels of APP are associated with brain atrophy.  Previous studies [1, 2, 3] indicate that the upstream promoter regions -3830, -1023, -534, -479, -369 play a significant role in regulating protein transcription.  Clustal Omega base pair alignment indicates that those candidate base pairs are highly conserved across model organisms.  This leads us to my primary gap in knowledge: if we mutagenize those candidate regions, will that increase the transcription levels of APP in the neuronal synapses? 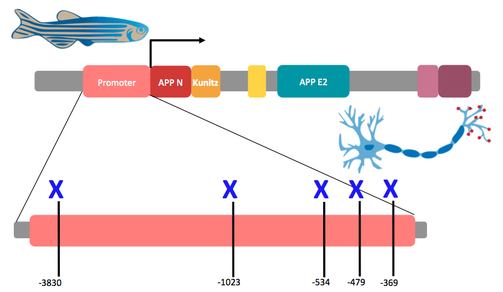 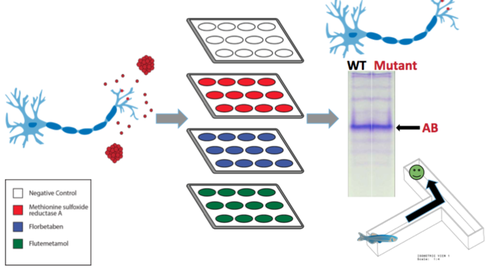 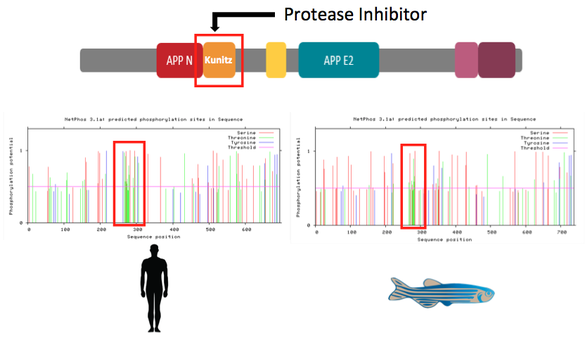 ​Characterizing the upstream promoter region for APP will improve our understanding of how APP regulation leads to the accumulation of amyloid plaques in Alzheimer’s disease.  Knowing which sites in the promoter are responsible for this regulation will lead to new ways to prevent the accumulation of Aβ in patients with Alzheimer’s and patients who are at risk for the disease.